Radon is a radioactive gas that is produced naturally by the breakdown of uranium in the ground and can get into your home undetected through foundation cracks and similar unsealed openings. You can't see it, smell it or taste it. The Radiation Safety Institute of Canada, Health Canada, the US Environmental Protection Agency and most European countries recommend testing your home for the presence of radon gas.

What are the Risks?

Long-term exposure, especially for smokers, to elevated levels of radon in the home increases your risk of developing lung cancer. Radon is the 2nd leading cause of lung cancer after smoking. According to Health Canada, an estimated 16% of lung cancer deaths among Canadians are attributable to indoor radon exposure.

How to find out?

Almost all homes in Canada have some radon, the question is: how much. The current Canadian guideline for radon in indoor air is 200Bq/m3. The only way to know the radon level in your home is to test. Both short term and long term testing is available. Measurements gathered over a longer period of time will be more accurate and will provide a much better estimate of a persons annual average exposure. If high levels of radon are detected in your house, you can take steps to remove it. But the single, most important, first step in this process is getting your home tested. If the radon level is found to be high, it can be fixed at a reasonable price.

What is the best time for testing?

he heating season, October to April, is the best time to test your home for radon gas. During this period, we tend to keep our windows and doors closed, which allows for a more accurate measurement of radon concentrations in the indoor air. 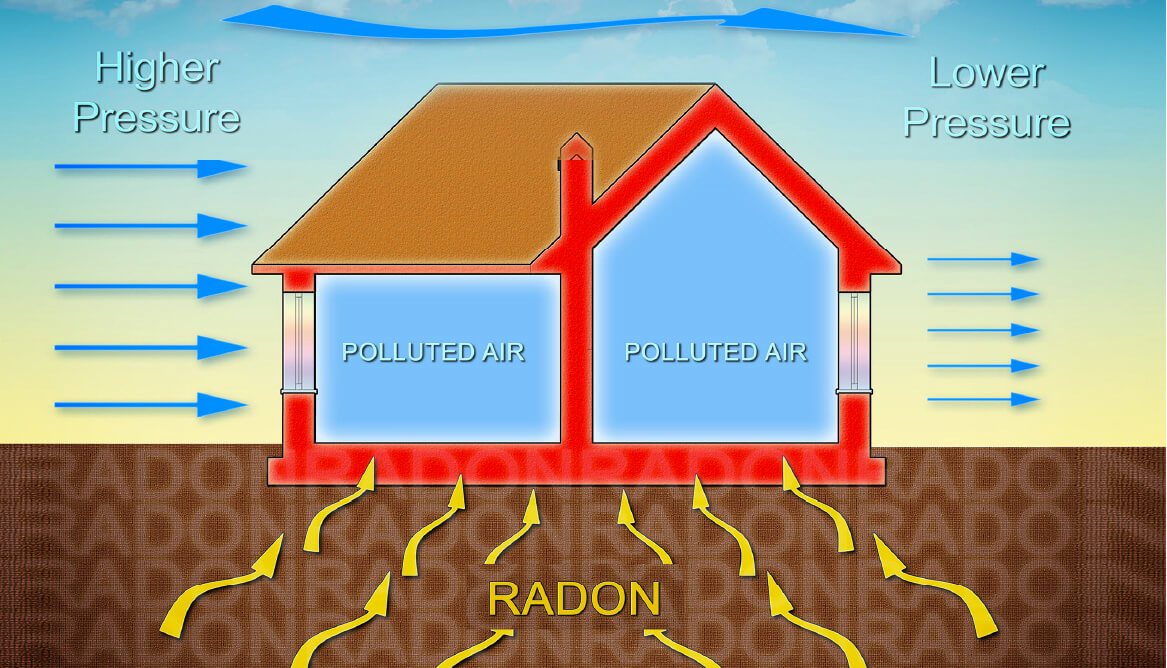 Typical entry routes into a home for the radon gas. 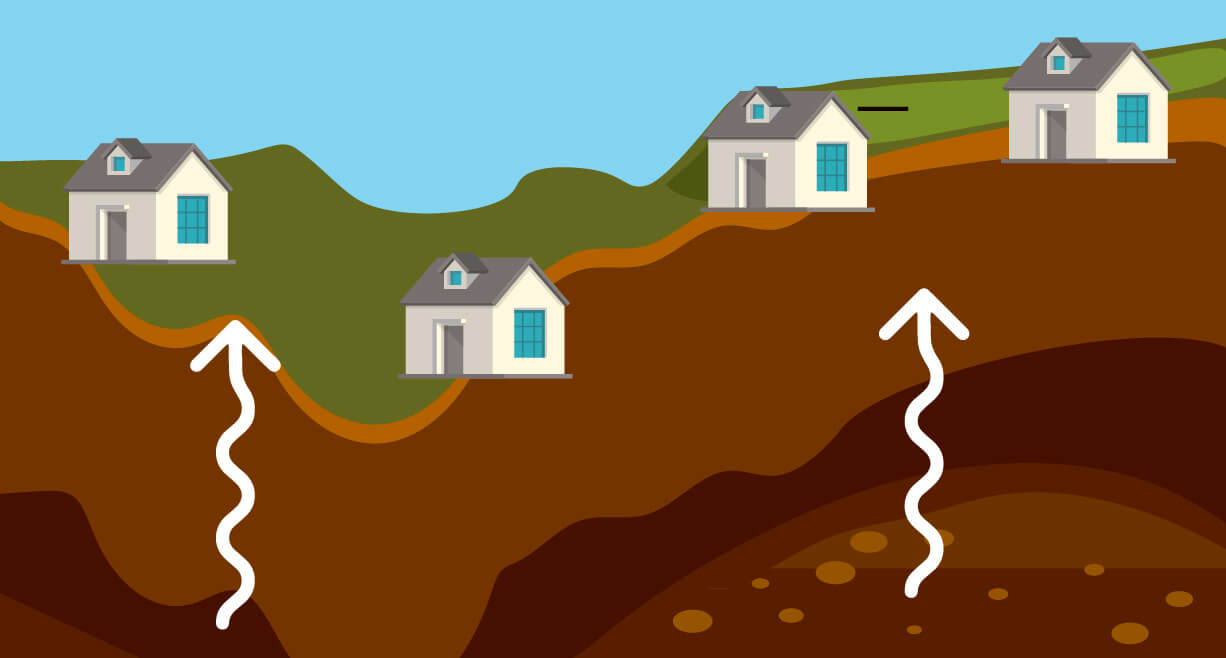 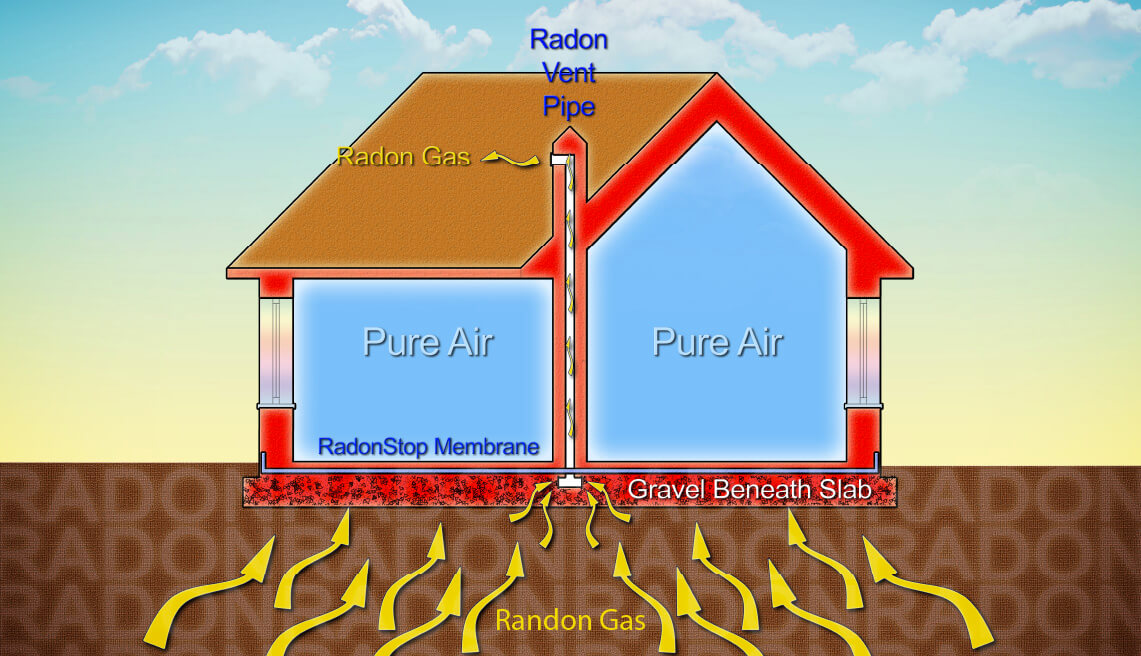 Radon-222 is produced by the decay of radium-226 which is present wherever uranium is found. Since radon is a gas, it seeps out of uranium-containing soils found across most of the world and may accumulate in well-sealed homes. It is often the single largest contributor to an individual's background radiation dose and is certainly the most variable from location to location.
Radon-222 decays to Polonium, Lead, and Bismuth isotopes called Radon daughters or radon progeny, as shown in the decay scheme below. Half-lives and energies emitted are indicated. 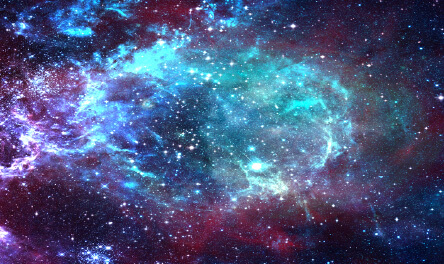 The Earth, and all living things on it, are constantly bombarded by radiation from outside our solar system. This radiation interacts in the atmosphere to create secondary radiation that rains down, including x-rays, muons, protons, alpha particles, pions, electrons, and neutrons.

Solar radiation is radiant energy emitted by the sun, particularly electromagnetic energy. About half of the radiation is in the visible short-wave part of the electromagnetic spectrum. The other half is mostly in the near-infrared part, with some in the ultraviolet part of the spectrum. The portion of this ultraviolet radiation that is not absorbed by the atmosphere produces a suntan or a sunburn on people who have been in sunlight for extended periods of time. 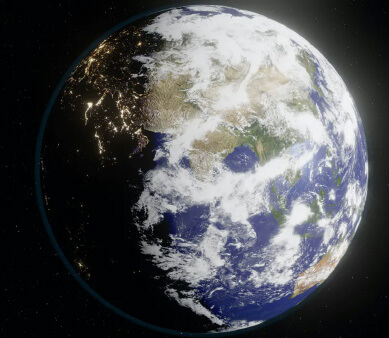 Most materials on Earth contain some radioactive atoms, even if in small quantities. Most of the terrestrial non-radon-dose one receives from these sources is from gamma-ray emitters in the walls and floors when inside a house, or rocks and soil when outside. The major radionuclides of concern for terrestrial radiation are potassium, uranium, and thorium.

Is it That Big a Deal?
All Homes Need Maintenance Do Your Really Need to Hire an Inspector? Who Needs a Home Inspection? Benefits to The Seller Beware of Home Pollution Randon Gas TESTIMONIALS
MORE....
Home Inspector vs.
Building Inspector Nothing Lasts Forever Forest Homes Knob & Tube Wiring Is Your House Aging Appropriately? Smoke Detectors Attics Need to Breathe Selling Your Home? Worried About Buyer's Inspection?

Why Have a Home
Inspected?

Do You Really Need to Hire an Inspector?

Is That a Big Deal?
All Homes Need Maintenance